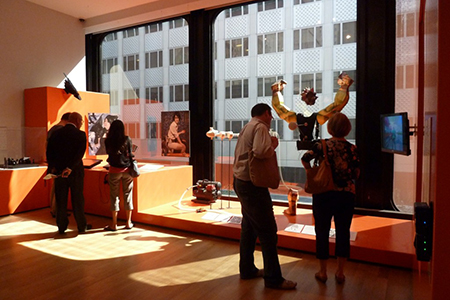 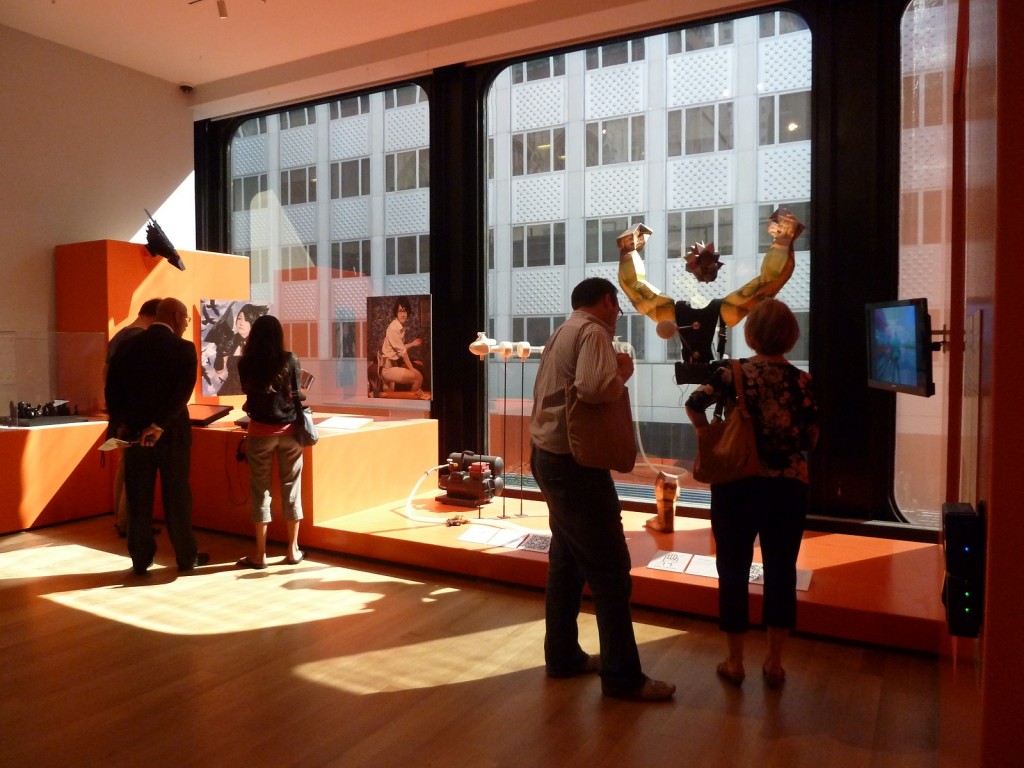 Things talk to us. And even more, things change us.

The world we live in is something we have to interpret. Just as we change the world, it and the objects in it change us. The special thing about design is that it deeply modifies the world (object), and also the maker (subject). Communication is something we miss in the globalized and pushing character of contemporary society. We could refer to our ancient origins, and remind ourselves of Metaphysics, which first stated the distinction between objects and ideas. This broadened man from “vulgarity” of everyday life, and strengthened the idea that man has to “explain” things – instead of living with them – in a one-way direction (from man to the world). He can explain things only when he knows things, and to know them, he has lo look for them. In the end he has to look for something external to him.

What we know now – and what Talk To Me so simply says – is that the direction is not one-way, but at least two-way, if not more. This idea was born in the ancient past which the Modern Era has developed its basis, the ones of the existing of an autonomous “reign of Beauty” to look for and to discover, is now over. We live in Cities we must deal with. The “City” section of the exhibition clarifies that we are part of the City. We live in it as part of it. In fact, if we agree with the position that things talk to us, then the city exponentially talks to us.

The opening of enormous data-basis and the availability of new tools for accessing heterogeneous flows of Internet data are offering pioneering opportunities to observe and represent not only the space, but also our social systems. In fact, the way we live in the city, and Geography more generally, is not about “space,” but it is much more about “behavior.” What the exhibit makes evident – seen in the “Homeless City Guide,” “My BlockNYC,” “City Tickets,” and the “Chromaroma” game – is that we are not only invited to play with city, but can not help from doing so: our own identity lies also in the identity of the site in which we live or we are temporarily walking in.

Like never before, we are now experiencing a sense of citizenship coming out from these crowd-sourcing tools. This is so important because it could be the link through which people can get involved in design and participate in the designing of the city of the future (or that of the present). We could start thinking of maps and other devices we use, as “finding engines” rather then “searching engines”, so as to put us in a more active relationship with things.

Talk To Me: Design and the Communication between People and Objects

The Talk To Me: Design and The Communication between People and Objects exhibit at the Museum of Modern Art features over 200 objects. The exhibition shows the importance of communication in design, which can be understood across various genres. It gives a vivid experience to understand that objects, interfaces, and visualizations do indeed emit messages beyond functional and aesthetic purposes. This perspective can be useful when creating spaces, objects, and art. What is someone truly communicating when a thing is created? The exhibit allows one to be more cognitive and sensitive to this point of view.

Once in the exhibition space, users can connect to the MoMA’s wifi network allowing easy and speedy access to the Internet. Each object then has its own QR code and Twitter hash tag that allows for a unique identification method to communicate to and reference to online.

The exhibition is divided into six categories of communication, Objects, I’m talking to You, Life, City, Worlds, Double Entendere. Each of these categories further demonstrates that in a variety of fields, there is indeed a level of communication that exists behind the objects, cities, and technology that are created.

One of the most well versed statements from the exhibit pertains to “The City” which speaks of the responsibility of designers in our modern world. “Designers have an important role to play, stimulating the flow of communication in the city by enhancing clarity, civility, and engagement. Using technology to devise new tools, they enhance a sense of neighborhood, connect us with street life, and put us in touch with local authorities, all the while helping us interact effectively, feel pride in our cities, and find inventive ways to get along. It is in this context that designer’s true role and responsibility in the evolution of society-no more as form-and-function givers, but rather as enablers, inspirers, and facilitators-is the most evident and celebrated.”

One of the most positive layers of the exhibition is that it celebrates the present and looks forward to the future. There exist amazing possibilities of what is to come. The objects that humanity created have progressed considerably from our fist stone tools in caves to robots that take commands in a museum in a large and complex metropolis. We all can take time to acknowledge where we are today and where we are going. We should be cognitive of what we as designers are creating and understand what the objects are saying. We may need to listen more, because objects are certainly talking to us.

In 1950, Martin Heidegger wrote an essay entitled, “The Thing.” He said that “things are thinging” (Das Ding Dingt) meaning that the essence of things lies in themselves, they can sparkle and find their reason in their “thinging,” in their own being what they are, just because they are things of this unique world. In our speeches in fact – and in our minds – the term “thing” can refer to anything, material or immaterial, without distinction; it is the structure of the language that prompts us to distinguish from one meaning to the other. So things and ideas, being divided for millenniums, get again together during the 20th century, challenging us to be more active in our everyday life.

What is going to happen in the 21st century is something that Talk To Me tries to investigate, showing forward-thinking tools and devices that make us think about things.

It could be stated that Talk To Me is an inevitable and straight result of that sensitive thinking dated back to 1950, and exceeding them it is giving a vision of the potential we now have in our minds and our hands.